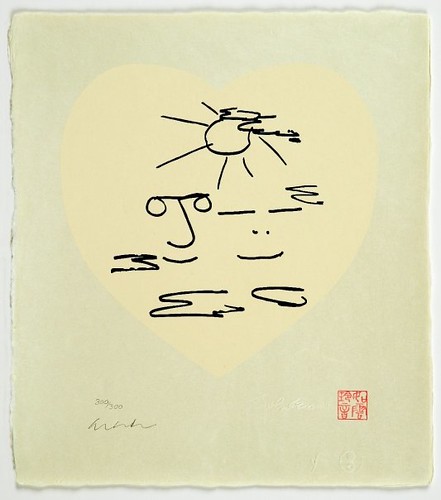 John Lennon would have kicked ass at Pictionary.

The Beatles’ founding genius was a voracious sketcher, and according to Yoko Ono he drew his best stuff when he was bummed out. He worked in rapid succession, using pen, pencil and Japanese sumi ink, drawing himself, his toddler son Sean, joggers in Central Park and, most often, Ono.

Rendered in loopy minimalist lines, the drawings contain many obvious Lennon themes: peace, irony, meditation, love. Yet the mood of the sketches, many of which have been colored in by Ono over the years, are oddly whimsical for a man in a purported funk.

“Duet,” an exhibit of over 100 pieces of Lennon’s late artwork, together with hand-signed lithographs and serigraphs by Jerry Garcia, is on display March 27-29 at Channelside Bay Plaza.

In a phone interview earlier this month, Ono touched on Lennon’s sense of humor and why she feels the art world never gave him the gallery space he deserved. 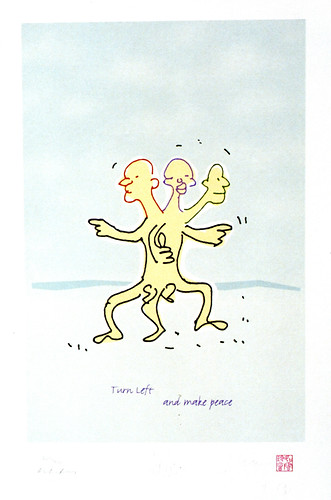 CL: What draws people to this exhibit?
Yoko Ono: Well, you see, this is a different generation. Some people will walk into the exhibit not really listening to John’s music. And there’s a lot of beautiful indie music out there, so I can understand if someone doesn’t listen to his music. What’s incredible is that John was kind of a multi-media artist and it’s very interesting to see that people might get into his music stuff because of the artwork.

As opposed to getting into the artwork because of the music?
It’s strange, yes I know.

Many of his drawings are of the two of you in repose, touching or entwined. Do you have a favorite of these images?
Well that’s very difficult to say. I think they’re all lovely really.

Is it difficult for you to look at these drawings?
Not really. I tell you, it’s very interesting. From the beginning his drawings were a reminder of him when I was there. They were nice kind of family situations. It was nice to look back on that. When you see the drawings you see incredible warmth coming from them and that’s what it’s like for me to see them again.

I read somewhere that John was inspired by Van Gogh. How so?
He was definitely into the spirit of Van Gogh. I don’t think there’s anything similar in their form or how they express themselves. He was his own man, even in drawings.

Do you think people are surprised by the lightheartedness of Lennon’s art?
It was a very strange thing, with paintings and drawings it was almost like a security blanket. He’d see something during the day and he might come home to the kitchen or something and just draw it. He almost made himself do it when he was depressed. If he wasn’t very happy, he’d do these drawings and I’d look over and he’d seem to be depressed, but his drawings were funny! I think he was trying to make himself feel better and I think that’s a good thing to do at this moment because people are not very happy. I think you should pull yourself together to make yourself smile.

Did the art community take his work seriously?
I might be prejudiced, but the art world seems to like really serious stuff. When you go to an exhibit, people are kind of stiff. John had a kind of animated style and a real sense of humor that the art world didn’t want to know about. It seems the animated stuff is big now, so once again John was before his time.

How did drawings help you and John connect as partners and artists?
First of all, I totally respected his artwork. There was no sort of competition at all. I just felt very good about what he was doing and he felt good about what I was doing. We didn’t interfere with each other. It was understood that we were both rebellious people. Like if you said, “Go left,” we go right.

Do you see a unifying theme among all his works?
No, I don’t think his work is unified at all. He never had to label what he did. There’s this whole tradition in society, if you spend five minutes doing something, we don’t want to know about it. He was very quick in both music and drawing. We were both very quick people. The kind of dialogue we had … the dialogue itself went so quick it was amazing. Neither of us had to finish a sentence. I knew what he was thinking. He knew what I was thinking.

Tell me about the drawing of you and John sitting back-to-back while you’re crying. It’s titled, “I’m sorry.” What happened here?
That was in London, in the beginning. We had to sort out a few things in the beginning and he was very keen on finding out what kind of life I had. Like, “Give me all the names of the people you slept with” — that sort of thing. And when I did, like a fool, he got very angry and I said, “It is what you wanted to know. I never said I was a virgin.”

Do you think these drawings have changed the public’s perception of you?
I don’t think so. I think the ones who hate me still think, “My god what is she doing now?”

What do you think John’s drawings would look like today if he were still alive?
I think he would be fascinated with the computer and making computer art.

Really? He wouldn’t reject the computer?
No. He’d probably never go out of the house. He loved being in the house anyway. If he had a computer, he’d never leave.

Do you ever get tired of talking about John’s work?
This is very interesting. I have my own career and it’s actually pretty active, thank god. So if I were just doing that I would feel very bad. We were partners and artists, and I really understood his frustration and his desire to keep on communicating with people. I’m responsible for taking care of John’s work. I’m doing both his work and my work and I like that about myself. 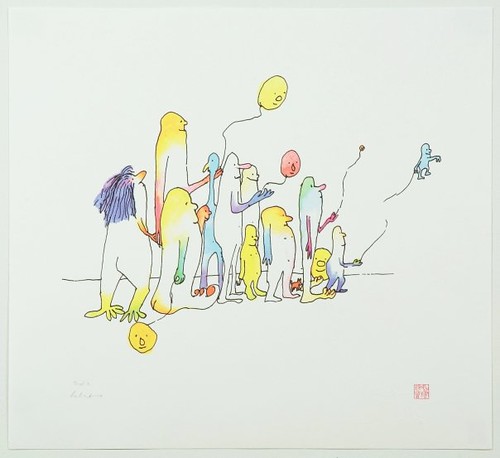