Enthusiastic, big and a little clumsy, Po works in his family’s noodle shop while daydreaming about becoming a Kung Fu master. His dreams soon become reality when he is unexpectedly chosen to join the world of Kung Fu and study alongside his idols-the legendary fighters Tigress, Crane, Mantis, Viper and Monkey-under the leadership of their guru, Master Shifu. But before they know it, the vengeful and treacherous snow leopard Tai Lung is headed their way, and it’s up to Po to defend everyone from the oncoming threat. Can he turn his dreams of becoming a Kung Fu hero into reality? Po puts his heart and his girth into the task, and ultimately finds that his greatest weaknesses turn out to be his greatest strengths.

This film is anti-prejudice, anti-cruety, and anti-war, without being preachy at all.
A very good film for children. Enjoyable for adults, as well.
One of my DVD recommendations for 2009.
yoko 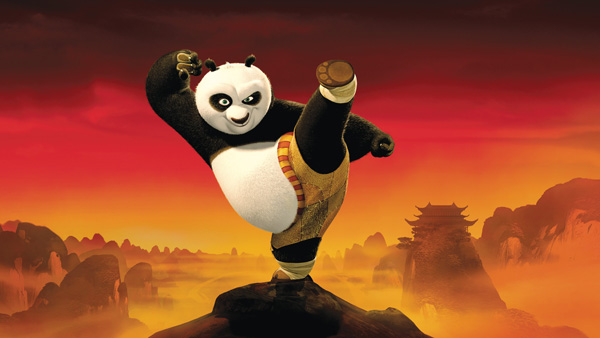