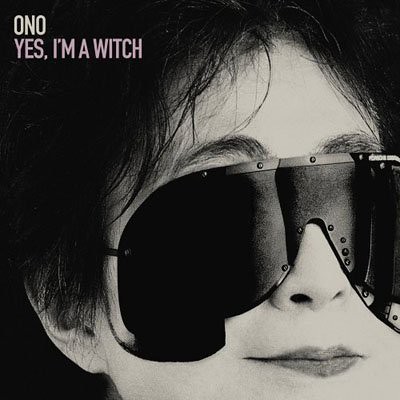 What the contributing artists say about Yes, I’m A Witch

“To be able to play with a track as uncompromising and confrontational as John and Yoko’s ‘Cambridge 1969′ is, for any curious artist, a rare treat. We took Yoko’s primal screams and John’s moaning feedback and turned them into a kind of Ornette Colemanesque melody…I fear we may have de-fanged rocks’ most disturbing performance/art/jam.”
Wayne Coyne

“The Flaming Lips’ working on Kiss Kiss Kiss made me realize again how futuristic, fearless and inventive Yoko was in her approach to music!”
Peaches

“I have always been a fan of Yoko Ono. I chose the song ‘Toyboat’ from her album Season of Glass. It is a very brave and elegant song that captures so much grief with an almost child-like innocence.”
Antony of Antony and the Johnsons

“I have always felt that the original, slick instrumental track of “No One Can See Me Like You Do” did not do justice to just how lovely, how soulful and melancholy Yoko’s lyrics and vocal track feel– to me this is Yoko’s most powerful song, and one of her prettiest vocals– I wanted to rework it as a space-age gospel, using a Wall of Sound production to amplify the song’s emotional content. When I first received the multitrack master of the song I was floored to hear Yoko’s vocal track on its own, without the backing instrumentation– her voice is so pure on this song, and the alternate vocal which was not used in the original mix sounds even more delicate– I can’t remember exactly but I’m pretty sure I ended up using the alternate vocal take, it worked better with my vision for the production. On the vocal track at the beginning of the song Yoko tells somebody in the studio, “I want the ginger tea” which is so endearing I left it in my final mix, to start the song.
Robert Schneider, The Apples In Stereo

“Yoko Ono has always been a hero to us and an influence on our band – as an artist she inhabits a space where pop culture, conceptual art, and activism overlap. So getting our hands on the original multi- track recording of the song ‘Sisters’ was a real honor and a thrill. . . we certainly never imagined we’d be making a new beat for such a classic feminist song!”
Johanna Fateman, Le Tigre

“In 1966, John climbed up that ladder in the entrance way of Yoko’s one woman show to read the word YES on a small piece of paper, we in the know have been agreeing with her every since, YES! Yoko’s collaboration with John in music, art & activism is legionary and inspiring. But it’s her body of work as a solo performance artist, musician & lyricist that is outstanding in it’s own right. Given the chance to write music for her song Every Man/Every Woman was a rare treat and we chose to make the track unique, but familiar at the same time. Adding background vocals, hand claps and pop sensibility is how we envisioned her uplifting song about uninhibited love.”

Paolo Cilione, Blow-Up: “It was a real honour to work on a track of Yoko Ono’s. ‘Shiranakatta’ is one of the most exquisite and tender compositions from her timeless masterpiece ‘Approximately Infinite Universe’. You could feel on the track that there was so much life going on, it was great to be a part of that.”
Craig Armstrong, Award-winning composer (‘Ray’, ‘Moulin Rouge’, ‘Romeo & Juliet’, U2, Madonna, Massive Attack)

“Yoko produced an extraordinary run of albums in the early 70’s that blurred the boundaries between the avant-garde world she had come from, and the pop/rock world she had entered. Approximately Infinite Universe was really the first album on which she approached the traditional pop song format, and for me “Death of Samantha” is the most heartbreaking moment on it, and perhaps her greatest ballad of all. It was an honor to have had the opportunity to take her voice and create a new musical context for her song.”
Steven Wilson, Porcupine Tree

“There are – out there – wonderfully brilliant musicians. There are also celebrities, rock posers, and formula-based “units” that make up a large percentage of what the media exposes and embraces. And then there are a minute number of authentic artists, and one of them is Yoko Ono. She’s one of the few genuine talents who considers the craft and skill of songwriting to be a gift, and she uses her own gift beautifully to elicit emotion from our still-life society. On first listening to the song &”Yes, I’m A Witch”, I considered it Yoko’s even-handed, firm and at times transcendent response to the brutal assaults spewed upon her. Then, after getting the vocal track isolated, I heard the Yoko underneath; the one who can deliver a simple line or a sigh with such purity that it can move one to a smile, a tear, or – in my case – the affirmative, ‘Oh, yeah, I know THAT feeling!’ After a chat with my brother, we decided that Yoko NEEDED to rock and roll – a genre that in it’s pure form presents as take it or leave it…couldn’t care less. We attempted then, to treat the track with the same tongue-in-cheek quirkiness and underlying aggression expressed in the carefree, spot-on lyric. It was both a joy and an honor to be asked to deliver this track. We had a ball! Our hope is that it’s as entertaining to the listener as it was fun for us to create.”
John Palumbo, The Brother Brothers