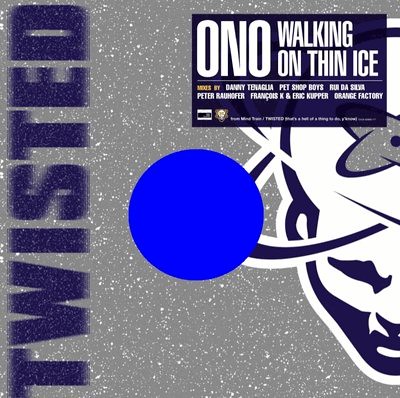 Legendary label TWISTED, in conjunction with MIND TRAIN RECORDS, takes another bold step forward for House music with the release of this landmark dance recording from one of musicís most innovative artists. Following a string of successful Billboard-charting remix singles released throughout 2002, ‘Walking on Thin Ice’ is the ultimate ONO composition, easily her best-known, most-respected work.

Largely unavailable since its release 22 years ago, ‘Walking On Thin Ice’ (voted #4 Single of 1981 by NYC’s Village Voice, and #10 Single of 1981 by UK’s New Musical Express) has remained a classic on the cutting edge underground scene since DJ legend Larry Levan of the famed Paradise Garage first introduced it on the global club circuit. His devotees (including, among others, Danny Tenaglia and François Kevorkian) have faithfully surprised packed dance floors by dropping the song into their contemporary sets, to amazing responses.