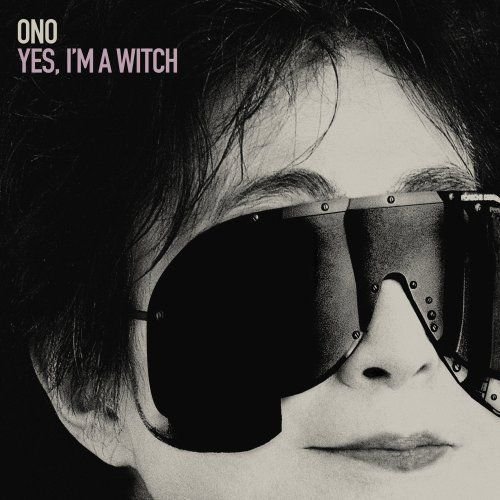 Q: Mrs. Ono, to do this album you sent a catalog to various artists. How did you choose them? And how did they catch your interest?

Yoko: Many bands asked if they can do this, and I didn’t refuse any of them, unless they were obviously wrong people. In the end, I selected the tracks I felt were done with power, spirit and creativity. There were other great ones, too. But they will be in the next album. It was important that this album will have 17 strong tracks to make a powerful package.

Q: When you were listening to the results: What surprised you most?

Yoko: That they were all so good. In fact, brilliant. I am now a indie music fan. Indie music is the future now. It is a musical revolution. I am very happy that I am part of it.

Q: There are 17 tracks on this album what makes it kind of an opus magnum. Was that the idea you had in mind, when you started thinking about “Yes, I’m A Witch”? And: When did you start thinking about it?

Yoko: I was thinking of wanting to do something like this when I put out the first album called Two Virgins. The title was Unfinished music No. 1. Two Virgins. I believed then, that musicians would pick up that idea then. But at the time the whole world was more interested in the cover of the album. I don’t think they cared what was in it!

Q: Did you meet some of the artists?

Yoko: Just one or two them by chance.

Q: Peaches provides her interpretation of “Kiss Kiss Kiss”. Did you meet her while you were doing your last exhibition in Berlin? Speaking of Berlin: Do you have a special relationship to this city?

Yoko: I love Berlin. The scent of the Linden blossoms in the early summer when I walk the streets of Berlin! It’s all very, very nostalgic for me.

Q: The feminist attitude of Peaches is often described as provocative. But isn’t feminism itself still provocative to many men (and perhaps women), no matter how it is communicated?

Yoko: I think there is such a backlash to feminism, it is still very hard for many women. By being afraid of women and not treating them with fairness, the society is not getting the benefit of woman power. It is the loss of the society, more than anything else.

Q:. About the song “Yes, I’m A Witch” John Palumbo said, that his first consideration was that this is your response to the brutal assaults spewed upon you. Was he right?

Yoko: Well, you can say that. They were saying I was a witch. So I turned around and said, SO WHAT? It’s the rebel in me at work. But if I was not a rebel, I would have been squashed long time ago.

Q: There were always, and still are, people who try to distinguish themselves at your expense. What do you think about that?

Yoko: If anybody is getting inspired by my work, I am very happy.

Yoko: Every corner I turn, there is always something waiting for me that surprises me. I should be thankful that I am still surviving. I care about now and the future. Not then.

Q: Releasing “Rising” in 1995 you said that this album reflects your anger about what is going on in the world. What about your anger today? Or do you believe in the power of healing?

Yoko: Anger is a very strong power. We should not be ashamed of it, ignore it or try to sweep under the rug. It’s good to recognize anger, and transform it into a power of healing.

Q: What does the album “Yes, I’m A Witch” reflect?

Q: Living as a liberal in an America governed by the Bush Administration: Did that affect your life?

Yoko: It’s affecting the whole world. I think it is bringing out good music from all singer/songwriters. Artists work well in adversity.

Yoko: Nothing is written on stone. Let’s hope that the best situation for the whole world will manifest itself.

Q: Is there a relationship between “style” and “fashion”?

Yoko: I think Fashion is fun. It’s a big peace industry. It’s great! As I always say, there are only two industries in the world. The War Industry and the Peace Industry. The war industry people are so united in their dream, they don’t even have to discuss about it between them. They just go “action!”
The Peace Industry people are all such idealists and perfectionists, they are arguing all the time. They can’t unite. They spend their energy in criticizing each other. We should all be big enough to understand all people’s point of view, embrace each other, and unite. That’s the only time the Peace Industry will be more powerful than the War Industry, and we will have world peace.

Q: Are you interested in fashion anyway? If so: Do you have favorite designers?

Q:. Is taste a matter of education or development?

Yoko: Okay. Taste is a matter of knowing what you like and what you want. That is the only way you will benefit us with your originality.

Q: Do we need more witches?

Yoko: We, women are all witches. Witches are magical people. You accept a wizard, which is a male version of a witch, as a magical person. The human race is a magical race of wizards and witches.
We are here to heal this planet and let it shine. And We Will.