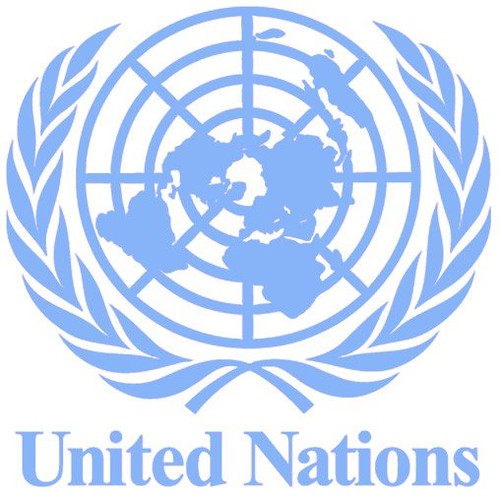 Thank you, Secretary General Kofi Annan, esteemed members of the General Assembly, Mayor Tadatoshi Akiba of Hiroshima, Mayor Iccho Ito of Nagasaki, Mayors of Peace, EPOP International, and especially Nihon Hidankyo and the Hibakusha, the living witnesses to and survivors of the Hiroshima and Nagasaki atomic bombings. My name is Yoko Ono. And it is my honor to be here with you all at this historic moment in time.

As a child of Asia, as a citizen of the global village, and as a woman of the species, I am concerned for the welfare of our planet.

I was in Tokyo during the Second World War. In the middle of the night, we were woken up to go down into the shelter while the B29s firebombed our city. It was frightening to see fire burning down the houses around us. Eventually, we, children, were evacuated to the country. The food was scarce. I remember we were always hungry. It was not just food. There was a shortage of everything, even toilet paper. So we managed with what we had and became rather inventive. Those experiences of the early days cast a long shadow in my life. More than half a century later, I still have a hard time throwing away empty paper bags and plastic containers. My children think that’s quirky.
Well, it must be.

When I was twelve years old, in 1945, the cities of Hiroshima, Nagasaki and their people were devastated by the Atomic Bomb. The war was pretty much at the end by then. But the unbearable sufferings of the Hibakushas did not end there. In fact, their long and excruciatingly painful journey had begun then and is still continuing to this day over half a century later. It is a suffering of a lifetime and more. In fact, it affected all of us on this planet. Nuclear damage does not disappear. It circulates and stays.

The Hibakushas have bravely and wisely turned their experience into a warning to the world by saying: NO MORE HIROSHIMA.

NO MORE HIROSHIMA and Nagasaki. There has not been a time when this warning has been so important as it is now. If we want to see this planet survive, NO MORE HIROSHIMA is a necessary wake up call for all of us.

We are already living in strange times without adding the threat of a Nuclear War. From the heavy usage of various chemicals and pesticides and with the radio active dust and rain from nuclear tests sites, our land is polluted, our rivers, lakes and oceans are polluted, and even our air is seriously polluted. Each time we breathe air, we are polluting our bodies. They have discovered pesticides and poisons in meat, fish, vegetables and fruit, and our mothers milk. The current condition of our environment is already challenging our immune system to it’s limits.

Nuclear Power can be very dangerous, even when it’s used as pure energy, supposedly, in a contained form. Remember Chernobyl, our Three Mile Island and Nevada Nuclear Test Site and how the world is still being affected by them.

Many of my friends, young and old, are now suffering from physical deterioration and mental depression. It seems that we are polluting and killing ourselves before anybody drops a bomb on us.

Why make it even harder for this planet by continuing to increase the production of the most dangerous weapon known to us? Are we doing this to use the bomb? If we are, we must be crazy. Since the world is one body, we cannot drop a bomb far enough from ourselves to not get affected by its consequence. In fact, if we drop a bomb anywhere, we are dropping it on ourselves.
I wake up in the morning and see the blue sky and the birds singing in the park. Every day, I am thankful for being alive. I enjoy the life on this planet, immensely, and the culture and the civilization we, humans have created in the course of many, many centuries. This beautiful world of ours can still survive and survive well, if we focus our minds and actions in cleaning it up, instead of poisoning and destroying it further. It’s clean-up time, as John Lennon said. It is not too late. It cannot be. We must give this planet one more chance.

Let us wake up, come together, and work on cleaning and healing our planet, instead of further destroying it. Let’s not waste one more day in creating a machinery of destruction. Give us a chance. On behalf of ourselves and all species on earth. We can do it. We must.