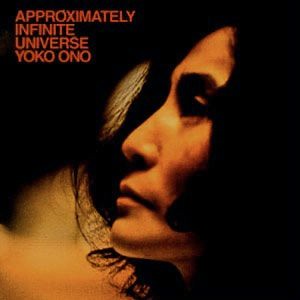 John and I were having a conversation about astral identity.

John was in a mood to start it off with a “No” and I with a “Yes.” It’s a seesaw game we play-though we prefer to think of it as a dialectic thinking process we developed between us, and that the seesaw will grow a propeller and start to float in the air, if we seesaw enough. So! We were ruminating on astral identity.

Y: Right. But you know how an arbitrary .number-series starts to make a pattern and repeats itself in the end. Say if the universe is infinite sometime or other it may start to repeat itself.

Still, the idea of John from Liverpool and Yoko from Tokyo existing in another planet as well, having tea when we were having tea, that sort of thing, was a bit too much, John said, and his beautiful toes started to move up and down in bed.

Y: Maybe there’s a timewarp and they’d be doing something we did last year, John. You’re just offended. Men feel threatened when their uniqueness is questioned.

J: Not that. It just means that you believe in fatalism.

Y: Not necessarily. It only means that there are many, many universes. Infinite numbers of.

J: Infinity is just a man-made concept, it doesn’t exist.

Y: Look, take numbers. Numbers are a concept, too. There’s no such thing as number one, say. It’s actually a number that is an infinite approximation to number one, that we call number one. Like 0.999999 … to infinity but we build bridges and buildings on those infinitely approximate numbers not on definite ones. That means that we are always just at the verge of things, verge of being. That goes for buildings and ships and everything. John turned into an English teapot before my eyes, and I found myself drifting off to a cosmic nowhere by myself.

I heard a tiny grunt and John saying he liked the sound of the words. Then suddenly we realized that this time we were both drifting out in a cosmos somewhere together, like God’s two little dandruffs floating in the universe.

Later, we came down to Earth and went back to our weekly ceremony of washing our hair and helping each other dry it.