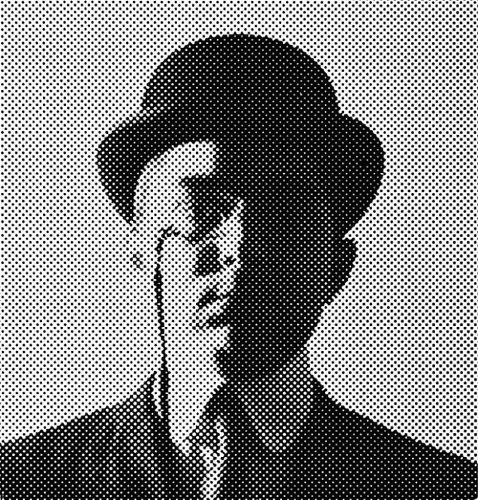 Early summer, I got a call from one of the artists who did one of the evening performances at my loft on Chambers Street. He said there was this guy who opened a midtown gallery on Madison Avenue and was planning to do exactly what I had been doing in my Chambers Street loft. All the Chamber Street Series artists were now lining up in front of his gallery, the artist said. “The guy got the idea when he came to one of the evenings at your loft. His name is George Maciunas. You were probably introduced. Do you remember him?” I did’t. There were about 200 people attending those evenings at my loft. Many of them wanted to say hello to me. So I might have been introduced to the guy. I felt a bit miserable. “You’re finished, Yoko. He’s got all your artists.” “Oh,” I thought, so the Chamber Street Loft series would be over. Finito. That didn’t make me feel that bad. So what’s next? Then I got a call from George Maciunas himself. He wanted to do my art show in his gallery. Nobody ever thought of giving me a show yet in those days. So the guy who supposedly “finished me off” is now giving me a show? Things work in mysterious ways. I was happy.

It was dusk when I visited the AG gallery for the first time. The staircase in the hall was already half dark. I went upstairs, and the door was wide open. I entered into an already dark room. I heard some people just whispering to each other and laughing in another room. The light was coming from that room.

As I walked over, I saw a very handsome man, obviously European, with a beautiful woman sitting together at a table in candlelight. They both looked at me. I remember thinking what a romantic picture the two of them made! There was an IBM typewriter on the table gleaming in the dark. One of the artists had once commented, “That IBM typewriter! That alone must be something. Just means he’s rich!” But turns out, everything was not as it seemed.

The very young and pretty woman George was sitting with was actually his mother. They used the candle because the electricity was cut off. And that great looking IBM typewriter? It was a loaner. George also had phones everywhere. There was a story for that, too. He told me his phone service was listed under a new name every month. Whenever his phone was cut off, he just registered a new phone under a new name. Of course, that night I, like the rest of the artists, just thought, “WOW!”

George told me that he wanted to do a show of my artwork. That was to be the last show in this gallery. The electricity was already cut off, so we had to do it just during the day. That did not faze me. So I started to assemble the works I wanted to show. The fact that there was no electricity actually worked to my advantage – sunlight streaming through the gallery windows cast shadows on the canvases – making beautiful, natural changes to them throughout the day. The works on display all had some function. I stood in the gallery, and when people came, I took them around to each painting, and explained what the function of each piece was. I asked Toshi Ichiyanagi to write out cards explaining the functions to display on the side of each painting. Well, he managed to write two cards: one was Painting To Be Stepped On, and the other was Painting In Three Stanzas. Toshi stopped there. He didn’t do anymore cards. Why? Why not? You can see those two signs glaring out of those photos from the show that have managed to survive all these years later. I am very thankful for those two cards – without them, no one would ever know that this was my first show of Instruction Paintings.

George said we had to have a name for this movement that was happening. “You think of the name,” he told me. I said, “I don’t think this is a movement. I think it’s wrong to make it into a movement.” To me, “movement” had a dirty sound – like we were going to be some kind of an establishment. I didn’t like that. So I didn’t think of any name.

The next day, George said “Yoko, look.” He showed me the word “Fluxus” in a huge dictionary. It had many meanings, but he pointed to “flushing”. “Like toilet flushing!”, he said laughing, thinking it was a good name for the movement. “This is the name”, he said. I just shrugged my shoulders in my mind.

The summer of 1961 was very hot and only a few people came to the show. I remember some dear friends who did show up. I remember explaining the Smoke Painting to John Cage, and actually made thin smoke come out of the canvas… like the smoke you get from a burning incense. I remember Beate Gordon and her daughter, Nicky, who were encouraging about my work. That was a nice surprise. Beate called me later, and said, “Yoko, Nicky liked it. I was so scared that she would not like it, that I told her not to say anything. I found out later that she actually liked it and wanted to say something, but i told her not to say anything!” We both laughed. I remember Isamu Noguchi, stepping on Painting To Be Stepped On with a pair of elegant Zohri slippers. All that seems like yesterday.

George had a closet full of very expensive canned goods. They were canned gourmet nobody wanted to buy because they were so expensive. A friend of his had the great idea that it would make a fortune, which it didn’t. So George got them. That was our meal every day: canned fois gras. It wasn’t bad. But I thought it needed something with it. Just something.

We used to walk around the city. It was warm and rather quiet. Most people on the Upper East Side probably went to the Hamptons or something. We felt good, like we owned the city. Both of us were totally big-headed people. So, yes, we were the owners of something. Maybe not the city, but something… maybe not so tangible… As they say, those were the days.