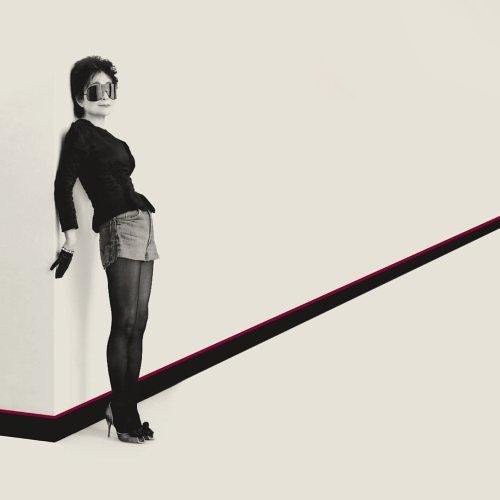 Recently I had great fun being photographed by Albert Watson for the Spring Fashion issue of New York Magazine. Yet, some people seem to be offended by my personal style.

This is reflected in the following letter to a columnist at a magazine:

“I recently saw a fashion spread in New York magazine featuring Yoko Ono, a septuagenarian, in denim short shorts. What kind of message is this giving older women? And does anyone seriously expect a seventy something to follow suit? I thought the concept was downright scary. — Bewildered Bett

I’m totally flabbergasted by the reaction my hot pants outfit has created. Why do females and males of our species want to look good? Because we want to feel good ourselves, make other people feel good about us, and make our family feel good about us. My two kids are happy the way I am. They don’t want to see me depressed, unkempt, and feeling not good about myself.

You might say, that I am being too superficial. The beauty of the spirit and the mind is all we need. Really? Then I must be a different species from you. I like dressing up and looking nice. I like having fun with clothes. Why not? What is this… it’s scary that she is wearing hot pants at her age? The columnist replied to Bewilldered Bette: “She probably will not go out on the street like that.”

Well, I don’t know about that. I will, if I felt like it one day! If I did, why would it be scary for you? Scary, is a very strange word to use to express your feeling of the possibility of seeing me on the street with hot pants, isn’t it? She could be concerned that I will be vulnerable to physical attackers…but somehow I don’t think that’s her reason.

I was brought up by a mother who thought I should not dress too sharply because people may get the wrong idea. Nice woman don’t wear sharp dresses. My father wore a tweed jacket until he died. My mother wore a skirt which was always long enough to hide her beautiful knees! Well, a bit less tragic than the nuns who never took off their clothes to go in the shower.

So. Is there some uniform that a person over 50 should wear, or 60 or 70? People used to openly express their disdain to see me come into restaurants having a big tummy when I was pregnant with Sean. I looked around, and discovered that there was no pregnant women in any public places in those days. That one it seems is over now.

This time, it’s old people, is it? We cannot wear what we use to wear when we were 18? Why?

People over 50. There are so many of us on our planet. In fact, statistically, there are more of us than people under 50 now. We are the ones who toiled, held up the sky, and waited for you to appear on the scene to join us. We are the ones who have some knowledge acquired through our experience to give you, so you don’t have to make the same mistakes we made. I think you still need us, darlings!

Just know that we want to feel good, as well. Just like you do. There is no difference between us except you will get where we are after us and not before. Give us the respect and freedom you expect to get when you are at our stage of life. yoko

P.S. A friend who read my writing came back with this: Some thought – It`s interesting that for someone like Clint Eastwood, when they talk about him it`s how great and buffed and in shape he is and of course “still sexy at his age”, and it`s “normal” that as a man he is sexy. It`s about time that *everyone* can be “still sexy after 50”.